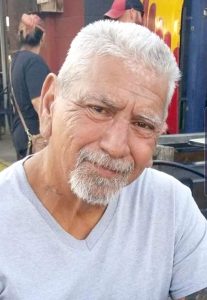 He is preceded in death by his parents and siblings, Mario Moreno and Mary Molina.

Visitation was held on Friday, October 18, at Trevino Royal Oaks Funeral Chapels-Dilley, from 10 a.m. to 2:30 p.m. A funeral mass was held at St. Joseph’s Catholic Church at 3 p.m. Services  concluded at the church

He was preceded in death by his father.

Bert was a sensible, calm and easy-going man who enjoyed hunting, fishing and working with his horses and dogs.

A Memorial Service was held at his home on Saturday, October 19, at 2 p.m.