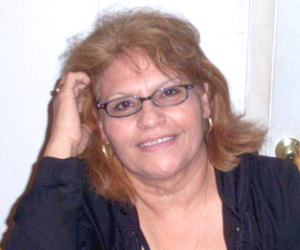 She is preceded in death by her parents; brother, Daniel Mendoza; sister, Cruz Rojas.

Visitation was held on Sunday, November 10, at Trevino Royal Oaks Funeral Chapels from 2 p.m. to 9 p.m. with a rosary recited at 7 p.m. Funeral mass was held on Monday, November 11, at Immaculate Heart of Mary Catholic Church, 10 a.m. Services concluded at the church.