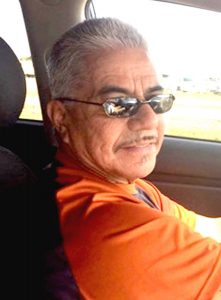 He is preceded in death by his brother, Rolando Mendez.

Arrangements are under the direction of Peters Funeral Home, Cotulla. www.peters-fh.com