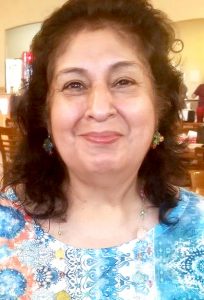 She is preceded in death by her parents, brothers, Rene Cervantes, Luis Cervantes Sr., Alfonso Cervantes Sr. and her sister, Elvia Perez.

She was St. Joseph’s Catholic Church secretary in Dilley for 28 and a half years, from September 1989 to March 2018. Friends and family described her as selfless and always putting others before herself, even after her death she will continue helping others as a donor.

Arrangements under the direction of Hurley Funeral Home, Pearsall.