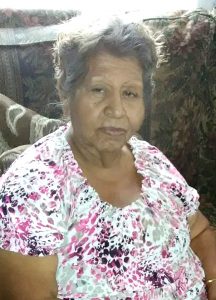 She is preceded in death by her parents, husband Ricardo Martinez, children Linda Alaniz, Robert Laguna and her brothers Jose Peralta and Ignacio Peralta.