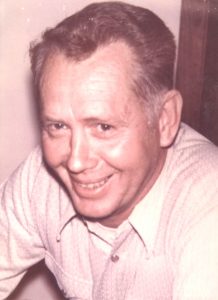 Ray Dean Partin, 90, died on January 18, 2020. He was born on October 17, 1929 in Ola, Arkansas to Ray is survived by his brother James Russell and his wife Covie Jean Partin, children Kathy and Theo van Eeten, Bruce Partin and Annette Blanset, and Marje Partin and Guy Robertson. He is also survived by five grandchildren Terah and spouse Robert Hempel, Sam and spouse Tanya Taylor, Jessica and spouse John Kravtsov, Justin Partin and Les Rizk. Great-grandchildren are Cory Casey, Savana and Cooper Taylor, Miles and Glenn Kravtsov and Evan Partin and Nemecio Garcia Vargas, who Ray always through of as being part of the family and considered him as a son. Ray married Betty Ruth Huxtable on October 16. 1948 at 18 years of age. In the 1950s, he served in the Korean War during which time he received several medals, including a Bronze Service Star for heroic achievements. In 1964, Ray and Betty started Partin & Company in Houston, specializing in the fabrication of drilling rigs and related equipment. Following his retirement in 1983, ownership of the company was sold to his son Bruce. Ray enjoyed more than 35 years of retirement during which he pursued his passion of ranching, hunting and gathering with family and friends on his ranch in Encinal. A memorial celebration and brunch will be held Saturday, February 15, at 10 a.m. at Gardens at Old Town Helotes. Those wishing to pay tribute to Ray, the family requests that in lieu of flowers, a donation be made to St. Jude’s Children’s Research Hospital. A Memorial Account, #11846313, has been established in the name of Ray Partin. Donations may be mailed to: ALSAC/St. Jude Children’s Research Hospital, 501 St. Jude Place, Memphis, TN 38105. An online guest book may be signed at www. Putnamcares.com. Funeral arrangements were under the direction of Putnam Funeral Home and Crematory, Kingsland, Texas.