RJ Ortiz drives to the hole while Zoe Torres backs down a defender in action against Crystal City.

The Mavs remained in fourth place in the standings following the decisions with only four games remaining on the schedule. The team was off on Tuesday evening but resumes play this Friday at Devine.

Pearsall jumped all over the Wildcats last Tuesday, racing to a 21-5 first period lead en route to a 75-49 decision.

Pearsall led early against Crystal City, jumping out to a 10-5 lead in the first before falling behind 20-16 at intermission. The Javelinas then outpoints the Mavs by a point in the second half to hold on for a 56-51 win.

“Yeah, it hurt bad but I know, next time, we can get them,” PHS Head Coach John Hernandez said. “It puts us in fourth place right now.” 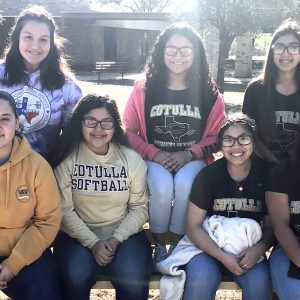