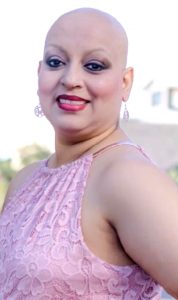 Rhonda Gonzales, 49, of Pearsall, died on Thursday, January 30, 2020 in Pearsall. She was born on March 9, 1970 in Pearsall to parents Mauro Segovia and Rosario Valle. She is preceded in death by her father Mauro Segovia.

Visitation was held on Tuesday, February 4 from 8:30 to 11 a.m. at the First Baptist Church of Pearsall. Funeral service was held at 11 a.m. with services concluding at the church.