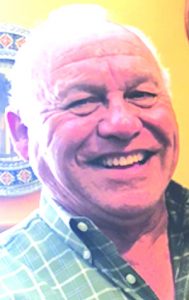 Jose Edmundo “Eddie” Obregon, 73, of Uvalde died on Wednesday, February 19, in San Antonio.
He was born on January 22, 1947, in Dilley to Maria (Plaza) and Trinidad Obregon. He married Maribel Flores in Uvalde on December 8, 1992.
After graduating from Dilley High School in 1965, Obregon attended the San Antonio Police Academy. He took on multiple positions during his 27 years in law enforcement. He was first hired as chief of police in Poteet.
After several years in Poteet, he was offered a position as a patrolman with the City of Dilley Police Department. Within a few months, he was promoted to chief of police. Obregon remained at the Dilley Police Department until 1983, when he was hired at the Uvalde Police Department.
After several years with the Uvalde Police Department, he was promoted to patrol sergeant and later transferred to the Criminal Investigation Division, until his retirement.
Oregon came out of retirement and took on a position as a security officer at Uvalde Memorial Hospital. While at UMH, he was appointed by Uvalde County Commissioners’ Court to fill a position as Uvalde County constable for Precinct 1. He fulfilled his role as constable from 2008 to 2012.
Obregon served as a sheriff’s reserve deputy under Terry Crawford.
He enjoyed spending time outdoors, gardening, hunting, fishing, and restoring heavy machinery. Obregon enjoyed spending time with his family, friends, and his beloved dog, Jackson; and was renowned as a storyteller.
Obregon is survived by his wife of 27 years of Uvalde; three daughters, Shania Marie Obregon of Uvalde, Stephanie Lee Vargas and husband Michael, and Melissa Edlyn Obregon, all of San Antonio; four sons, David Daniel Obregon and wife Angelica of Castroville, Jose “Joe” Edmundo Obregon Jr. and wife LeeNora, John Obregon and wife Esmeralda, and Mark Obregon, all of San Antonio; one sister, Odilia Flores of Dilley; one brother, Javier Obregon of Angleton; nine grandchildren, Sabrina Obregon, David Lee Obregon, Max Obregon and wife Rochelle, Dominique Obregon, Lorena Obregon, John Casey Obregon, Joseph Obregon, Brianna Obregon, Sofia Obregon; one great-granddaughter, Madalyn Obregon; and numerous nieces and nephews.
He is preceded in death by his parents.
Visitation was held Thursday, Feb. 20, at 3 p.m. at Rushing-Estes-Knowles Mortuary. A funeral mass was held Friday, Feb. 21, at 2 p.m. at Sacred Heart Catholic Church, with interment following at Hillcrest Cemetery.
Pallbearers were Jose “Joe” Obregon Jr., David Obregon, David Lee Obregon, Max Obregon, John Obregon, Michael Vargas, Mark Obregon and John Casey Obregon.