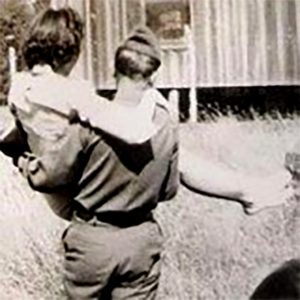 Gwen Arnold, 94, of Pearsall, died on January 2, 2020 in San Antonio. She was born to William and Edith Tolleson Essary

She was preceded in death by her parents, husband Harlan “Fuzz” Arnold, and her beloved pets.

She is survived by daughters Nona Axton and Edi Arnold, grandchildren Will Axton and Bess (Lawrence) Burton, and great-grandson William Buzzini.

Gwen was born in Pearsall, and except for brief stints in Smithville and Cotulla, spent most of her life there. She graduated from Pearsall High School, where she first caught the eye of Harlan. They married in 1942. She worked for a variety of employers, including her favorite department store, the now defunct Frost Bros in San Antonio. In Pearsall, she worked at Security State Bank, federal and county government offices and the Pearsall ISD Business Office. In 2003, she moved to San Antonio to be near her family.

Gwen was an accomplished musician. She played the piano and organ for Sunday School and church services at what was First Methodist Church. She played for community shows and events, including a live radio broadcast and at least one occasion atop a moving parade float. She played for innumerable weddings and funerals and accompanied soloists and duos.

Gwen had strong convictions and was a fierce warrior in defense of those convictions. Her letters were frequently published by editors of San Antonio newspapers and national magazines. She fought to secure bans on smoking in public places, including testifying before the Texas Legislature.

While no formal service is planned, the family will gather on March 21, 2020, at 10 a.m. at the Pearsall Cemetery for the interment of Gwen’s cremains. Friends are welcome to attend. Those wishing to honor Gwen’s memory are encouraged to donate to Judy’s Ark, 2222 BI-35 E, Pearsall, Texas 78061, or to the charity of their choice.