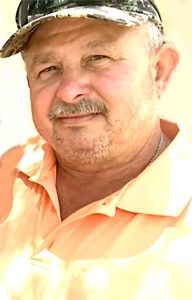 Thomas Jay died on April 16, 2020 at the age of 61. He was born on February 11, 1959 to Victor and Rose Jay.
He is preceded in death by his parents and his sister Cindy Jay.
Jay is survived by his wife Gayla Jay of Devine, daughter Brittany Jay of Moore, Oklahoma, brothers Hugh Jay, Daniel Jay and Kevin Jay of Devine, sisters Deborah “Debi” Fargason of Moore, Texas, Vickie Curry of Devine and his aunt Kathy Lindsey of Salado.
Private services and inurnment will be held at a later date.
Funeral arrangements were under the direction of Peters Funeral Home, Cotulla.