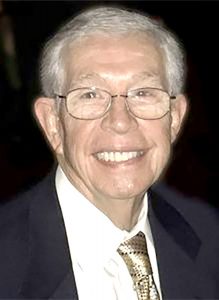 George Roger Walling, 77, died on Tuesday, April 21, 2020, in San Antonio. He was born on September 16, 1942, in Grapeland to George E. Walling and María Luisa López. He grew up in Cotulla with his beloved aunt Segunda and grandmother Tomasa López.

He was preceded in death by his parents, his grandmother Tomasita, his aunt Segunda and brother Sonny Segovia.

Upon graduation from Cotulla High School, he served three years in the US Army. Afterwards, George earned a Bachelor’s degree from St. Mary’s University and Master’s from Our Lady of the Lake University.

He served as a teacher, coach and administrator in SAISD for over 30 years. After retiring, he enjoyed participating in many sports, traveling, and photography. He was a member of the American Legion and St. Luke Men’s Club.

After years of deteriorating health, he was diagnosed with Progressive Supranuclear Palsy (PSP) in 2018, and in the hope of finding a cure, he donated brain and spinal cord tissue to the Glenn Biggs Institute at UT Health San Antonio.

In lieu of flowers, donations may be made at www.CurePSP.org. or to any animal rescue organization. Memorial Mass and inurnment will occur at a later date.