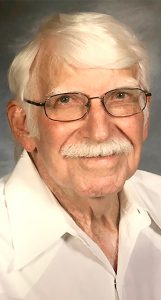 He was born in Harrison Township, Missouri on May 28, 1933, the third of three sons, born to Ray and Thelma Hall.

Herschel was preceded in death by his parents and infant brother Leroy Hall, brother Leon Hall, his nephew Larry Hall and his wife Rose Marie Hall.

When his family moved to Texas, he attended Alice and Kerrville schools and graduated from William Adams High School in Alice. After graduation he was drafted and served in the US Army at Ellison AFB in Alaska.

Upon being honorably discharged from the military, he began working in the Texas oilfield as a heavy equipment operator where he had an excellent reputation and earned the nickname “Digger”, his family said. He worked for many years for Tommy Martin whose family became a second family to him.

In 1978 Herschel married Rose Marie Malott and they made their home in Texas and Florida.

Herschel was a talented artist and enjoyed drawing and painting. He attended the Methodist Church in Cotulla and dedicated his later years to contributing to his church family, including counseling inmates through an anger management program. He also enjoyed his Wednesday domino games and a piece of homemade pie.

Due to Covid-19, a memorial service will be postponed. Burial will be in the Alice Cemetery.

Donations may be made to the First United Methodist Church Cotulla or a charity of one’s choice.