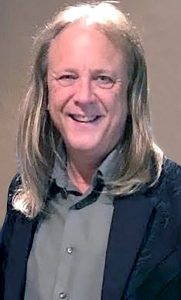 Bob was born and raised in Opelousas, Louisiana, until his family moved to Pearsall when he was a young boy. He graduated from Pearsall High School where he played in the marching band and learned to play bass guitar and acoustic guitar in the stage band. Upon graduating, he moved to New Orleans where he studied music for a short time and played music all over the city. His family said he missed Texas so he decided to move back to Austin where he continued to play music. After living in Austin for a while, he chose to come back to Pearsall to work in the produce business with his father, but continued to play music occasionally with local bands.

After his kids graduated from high school, Bob sold the produce business and in his semi-retirement, went back to playing music as often as he could. He played with multiple bands and met many musicians.  Visitation was on Friday, August 14 from 2 to 9 p.m. in the Hurley Funeral Home Chapel. Funeral Services were held at 10 a.m. on Saturday, August 15 at First United Methodist Church, Pearsall with interment to follow in the Pearsall Cemetery.

For those wishing to honor his life through memorials, donations may be given to the First United Methodist Church of Pearsall Memorial Fund, or to the Go Fund Me account established to help defray the medical expenses of Michael and Bea Ibarra, (https://www.gofundme.com/f/e3kqsu-good-deeds-for-family-in-need), San Antonio.

Anyone wishing to leave condolences, share memories, or sign the guest book may do so at www.HurleyFuneralHome.com, in lieu of in person visitation.
Funeral arrangements were under the direction of Hurley Funeral Home, Pearsall.