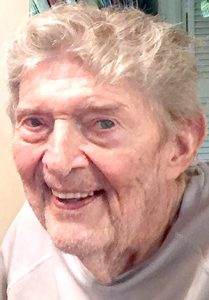 He is preceded in death by his parents Richard Hall Hood Sr. and Mary Lee Thomas, brother Oliver, sisters Hazel and Martha, his first wife Bonnie Dean, and his second wife Tracey.

Dr. Hood provided health care services to South Texas communities for almost fifty years, starting as a surgeon at the La Salle and Frio Hospitals from 1968 to 1992. In 1991, he opened a chain of medical clinics with an office in Dilley that expanded to include locations in Cotulla and Pearsall. He retired in 2017, ending a medical career that spanned nearly seventy years. Dr. Hood was a military veteran who served as a Navy lieutenant in the final years of World War II before returning home to study medicine at the University of Kentucky. He went back overseas to serve during the Korean War, then transferred to the United States Air Force and interned at veterans hospitals in Oakland, San Fernando, and Los Angeles. He was chief of surgery for Hospital Parks Air Force Base in California and became a renowned thoracic surgeon that conducted many of the first open-heart surgeries in history.

He was a founding member of the Society of Thoracic Surgeons, published numerous scholarly works in the field of medicine, and traveled the globe to share his expertise across Europe and Asia. He continued to serve his country in the early years of the Vietnam War before retiring as an Air Force colonel in 1968 and starting his private medical practice.

Memorial services were held on Saturday, January 9 at 10 a.m., at the First United Methodist Church of Pearsall.