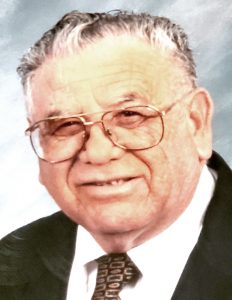 Elias proudly served in the United States Army from 1960-1966 and was a founding member of El Calvario Baptist Church serving as a Deacon and Treasurer from 1990 to present. He also served as a member of the Baptist Fellowship of Churches for many years.

Anyone wishing to sign the online guestbook, share memories or issue condolences to the family may do so at www.hurleyfuneralhome.com.