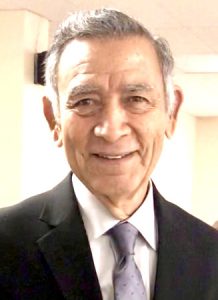 Pete grew up in Pearsall and married Lucia Perez Espinosa on January 24, 1959. They set their roots in Pearsall to raise their six children.

Pete became a local businessman and custom home builder and was very involved in the community with the Knights of Columbus and the Cursillos. Pete believed in the value of education and encouraged his children to pursue a college degree. A devout Catholic, he and Lucia raised their children in the Catholic faith. Following the death of his wife, Pete honored her memory by constructing, dedicating and donating the Immaculate Heart of Mary chapel.

Pete remarried Norberta and lived in Moore until his passing.