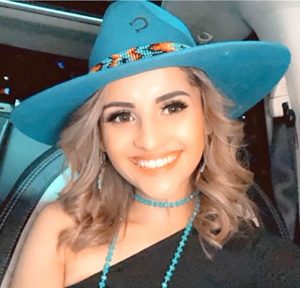 Alyssa Renae Colunga, 21 of Charlotte, originally of Pearsall, died on January 31, 2021. She was born on August 19, 1999 in Pearsall to Andrew Selvero Colunga Jr. and Melissa Fernandez.

Visitation was held on Friday, February 5 at Trevino Royal Oaks Funeral Chapels, starting at 10 a.m. A rosary was recited at 11 a.m. with mass to follow at Immaculate Heart of Mary Catholic Church at 1 p.m. Interment followed to the Charlotte Mexican Cemetery in Charlotte.