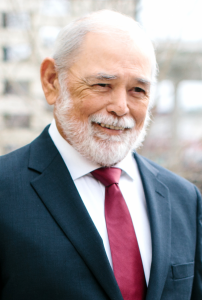 Richard retired from Stockmens National Bank in Cotulla. He was an avid hunter and fisherman and enjoyed being outdoors, spending many hours working on his ranch. Richard met his wife to be while they were working at Charlotte State Bank. The couple enjoyed spending time at the lake house at Lake Corpus Christi.

Services were held Friday, February 5 at 10 a.m. in the Hurley Funeral Home Chapel. Public was at 8:30 a.m. on Friday. Interment followed at the Pearsall Cemetery at 10:45 a.m.

For those wishing to honor his life through memorials, the family has suggested they be given to the American Heart Association in his memory.

Those wishing to leave condolences, share memories, or sign the guest register, may do so online at www.HurleyFuneralHome.com.

Funeral arrangements were under the direction of the Hurley Funeral Home, Pearsall.