It seems weird to write about snow in Frio and La Salle County while it is nearly eighty today, but this time last week, the headlines were full of the polar vortex and the snow in Texas. The power and water shortages in the Lone Star State are still the subject of media attention even though the last snowflake in the Brush Country has melted into our sandy soil.

The New York Times used the failure of our electrical grid to evangelize for global warming in the article “Texas Crisis Exposes a Nation’s Vulnerability to Climate Change.” Included in the text was a picture of the lights of downtown Austin contrasted with the darkness of East Austin. A similar photo from KVUE was the center piece of the Austin-American Statesman article on the rolling blackouts initiated by the Electric Reliability Council of Texas (ERCOT). The Statesman noted, “While hundreds of thousands of Austin homes were without power Monday night amid outages mandated by Texas grid operators, the downtown area remained glaringly alight.” Both the Statesman and the Times commented on the disparity in power provision in minority neighborhood East Austin with the government buildings in downtown Austin. The areas excluded from rolling blackout power outages were the Capitol Complex, Austin City Hall, and “other critical infrastructure and government buildings.”

Although long before Ben Franklin’s discovery of electricity, the Biblical prophet Samuel tried to warn the people of his day that government officials will always exercise the privilege of their “office” (double entendre intended). The people wanted to change from a spiritual government to a secular government so Samuel made them a list of privileges secular governments expect. Here is a paraphrase: Your best fields, vineyards, and olive groves, will be given to these new officials. A tenth of your flocks, grain and your grapes will go to feed court officers and other officials. Your servants and your best cattle and livestock will be confiscated to work for them. And you yourselves will work for the government for free (1 Sam 8:14-17). Samuel had a much longer list but you get the point. If Samuel had addressed the issue about who was going to get oil for their lamp, you can figure out which lamp was going to be lit and who would be sitting in darkness.

Please don’t get the impression that God is anti-government. He established every government that was, is or ever will be on the planet (Rom 13:1). The point He wants His people to know is, the less they rely on Him, the more “power” the government will take. 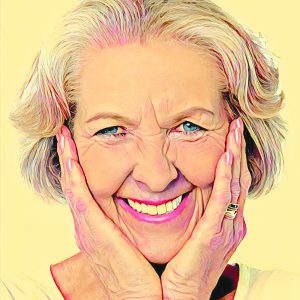