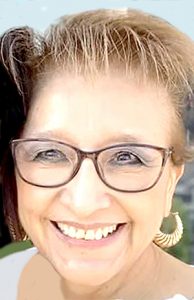 She is preceded in death by her parents and her brother Jesus Garza Jr.

Herrera is survived by her children Raul Herrera Jr. (Jacqueline V.) and Alina Delmy Herrera, grandchildren Noah Liam Herrera and her sisters Maria Teresa Adams (Joe) and Elodia Garza. She is also survived by numerous nieces, nephews and other relatives.

Visitation was held on Wednesday, March 3 at Peters Funeral Home from 4 to 9 p.m. Funeral services were held on Thursday, March 4 at the Immaculate Heart of Mary Catholic Church in Pearsall at 10 a.m. Interment followed at the Encinal Cemetery.