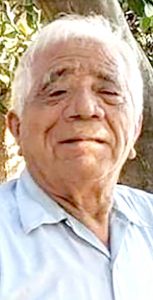 Visitation was held Thursday, March 18 from 2 to 9 p.m. with a Rosary recited at 7 p.m. in the Hurley Funeral Home Chapel in Pearsall. Mass was celebrated Friday, March 19 at 1 p.m. at the Immaculate Heart of Mary Catholic Church in Pearsall. Internment followed in the Pearsall cemetery.