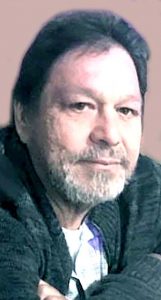 Eloy C. Vasquez, 61, of Pearsall, died on April 19, 2021 with his family at his side in Pearsall. He was born on October 5, 1959 in Dilley to Concepcion Vasquez and Leonor Chavera.

He is preceded in death by his mother Leonor Chavera, sister Rosalinda Vasquez and granddaughter Rikki Leah Luna.

Visitation was held on Thursday, April 22 from 2 to 9 p.m. with a Rosary recited at 7 p.m. at the Hurley Funeral Home Chapel in Pearsall. Mass was held on Friday, April 23 at 10 a.m. at the Immaculate Heart of Mary Catholic Church and interment followed at the Frio County Cemetery.