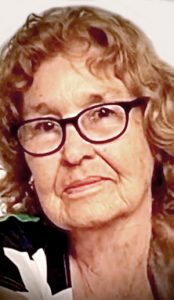 She is preceded in death by her mother Francisca Trevino Sandoval and husband Dr. Richard Hood.

Dolores took vocational nursing classes at Technical High School then worked at Harris Hospital in Fort Worth. She graduated in 1963 and worked for the Fort Worth Health Department for several years. Dolores joined the Army Reserves in the early 1970s and served as a nurse for many years. She moved to Pearsall in 1981, where she met and later married Dr. Richard Hood. Together they opened Hood Medical Clinics in Cotulla, Dilley, Pearsall, and Orange Grove.

Memorial service will be held on Saturday, May 22, at 11 a.m. at St. Peter Lutheran Church in Pearsall.