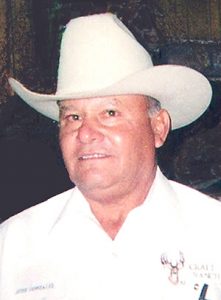 He is preceded in death by his parents, son Jesse James Gonzalez and siblings Amada Becerra, Pedro Gonzalez, Francisca Galvan and Antonio Gonzalez.

He spent numerous years as a ranch forman.