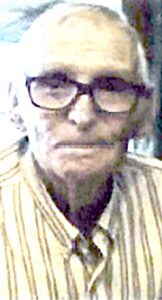 He is preceded in death by his brother Reece Hunter and daughter Judy Hunter Daniel.

Bill, as he was known to his friends and family, moved to South Texas in 1936 with his family and attended Dilley schools, graduating from Dilley High School in 1947. He attended Southwest Texas Junior College from 1947 to 1948 before enlisting in the US Navy and attended boot camp in San Diego, California. He was stationed aboard the USS Elokomin and the USS Chewaucan (Tankers) in the Mediterranean Sea. During his four years in the Navy he visited 32 different ports in 18 different countries and never returned home during that time. After mustering out of the Navy, Bill returned home to work with his father on the farm near Dilley where he met and married Mary Gwen Carroll.

In March of 1954 Bill joined the United States Immigration and Naturalization Service at El Paso and after training, was stationed in Calexico, California. He was subsequently transferred to Laredo where he was assigned to the International Bridge as an Immigration Inspector. A promotion transferred Bill to Chicago as a Deportation Officer and then later to Presidio. From 1971 to 1976 Bill was the Assistant Patrol Agent in Charge of the Cotulla Border Patrol Station.

After Bill retired from the US Border Patrol in 1977, he farmed and ranched where he grew up and later managed the W.F. and J.F. Barnes Lumber Company office in Dilley for a couple of years. He then returned to farming and ranching for many years.

His hobbies included travelling with his wife to many foreign countries including Australia, New Zealand, Switzerland, Germany, Austria, Mexico and Jamaica.

Graveside services were held at 10 a.m. on June 25 at St. Mary’s Cemetery, ten miles west of Dilley on Texas Hwy 85.