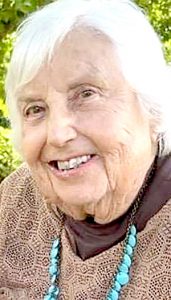 She is preceded in death by her husband Kenneth Calvin Gebert and her siblings Louise Dalton, Marilee Hardcastle, Mattie Belle Saunders and L.J. Franklin.