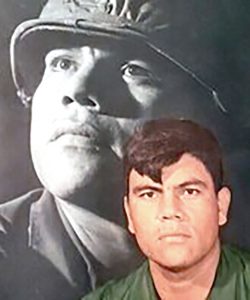 Visitation will be held on Friday, September 17 at Trevino Royal Oaks Funeral Chapels from 3 to 9 p.m. with a Rosary recited at 7 p.m. Funeral mass will be celebrated on Saturday, September 18 at the Immaculate Heart of Mary Catholic Church at 10 a.m.

Burial with military honors will be held at the VFW Cemetery after mass. The family will host a reception at the VFW Post #9195 Hall in Pearsall after the ceremony.