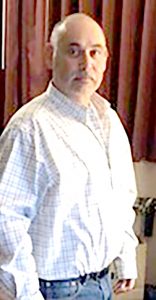 Candelario Elizondo, 47, of Angleton, originally of Pearsall, died on September 11, 2021. He was born in Pearsall on May 18, 1974 to Jose Elizondo Sr. and Santos Medrano Elizondo.

He is preceded in death by his parents and brother Jose Elizondo Jr.

Services will be held Friday, September 24 at Trevino Royal Oaks Funeral Chapels from 3 to 9 p.m. with a Rosary recited at 7 p.m. Funeral mass will be held on Saturday, September 25 at the Immaculate Heart of Mary Catholic Church at 10 a.m. Interment will follow at the Chilipitin Cemetery.

Arrangements were under the direction of Trevino Royals Oaks Funeral Chapels.