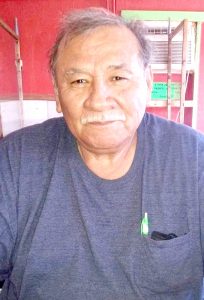 Francisco B. ‘Tio Frankie’ or ‘Pancho’ Pedroza Jr., died on September 5, 2021, after a long battle with COVID. He was born on November 7, 1959, in Pearsall to Guadalupe Benavidez and Francisco Pedroza Sr.

Pancho was an independently-owned contract truck driver and resident of Austin. He played football, baseball, and played the coronet in the Cotulla High Band (The Mighty Cowboy Band). He graduated from CHS in 1979.

He married Maria DeLeon of Cotulla and remained in Cotulla until 1981 when he moved his family to Marble Falls, then Lockhart, back to Cotulla, back to Austin, Minnesota before they finally settled and called Austin home. Francisco spent many years on the highway traveling to support and provide for his family.

The family will hold a memorial service for Francisco in Cotulla in the upcoming weeks. Details will be provided as they become available.