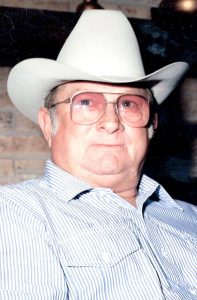 Howard Franklin ‘Tooty’ Carroll, 87, died on October 5, 2021. He was born to Ellis and Ruby Carroll on February 18, 1934 in Pearsall, where he was raised and attended school.

Carroll starred at running back and was a decorated track athlete for the Mavericks and played one season of football for the Longhorns at The University of Texas in Austin. After a short stint in the army and working for CP&L, he spent the rest of his work career as a South Texas farmer. He enjoyed hunting bobcats with his dogs and coaching Little League baseball.

Funeral arrangements were under the direction of Hurley Funeral Home.