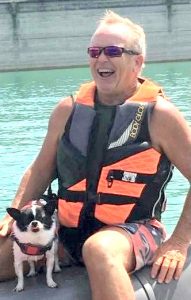 He was preceded in death by his parents Al and Rexene Strong and infant brother Rex Lynn Strong.

He grew up in Pearsall and graduated from Pearsall High School in 1978. He spent his life serving the Pearsall community. Richard was a Master Mason and past Master of Frio Lodge #399.

A memorial service will be held Saturday, October 9 at 10 a.m. at the First United Methodist Church in Pearsall.

Anyone wishing to sign the online guestbook, share memories or leave condolences can do so at www.hurleyfuneralhome.com