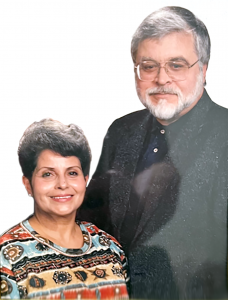 They are survived by their son John Patrick Weidman of Austin.

Lynn is preceded in death by his parents Lloyd Weidman and Ana Mae Weidman, brothers Larry Weidman and Ron Weidman. He is survived by his brother Clyde Weidman.

Gloria is preceded in death by her parents and siblings Hortencia “Tencha” Trevino and Joe Trevino. She is survived by her brothers Eulalio “Lalo” Trevino and Manuel “Guero” C. Trevino.

A Rosary will be held on Friday, November 5 at Trevino Royal Oaks Funeral Chapels at 10 a.m. Interment will follow at the Frio County Cemetery.