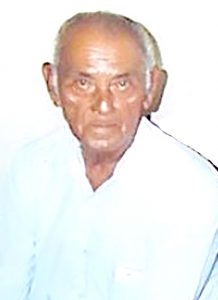 Gregorio “Goyo” Mendez Sr., 83, died on November 12, 2021 with children and grandchildren by his side. He was born May 25, 1938 in Pearsall to Francisco and Alejandra Mendez.

He was married to Irene Gutierrez Mendez.

Visitation was held on Thursday, November 18 at Trevino Royal Oaks Funeral Chapels from 3 to 9 p.m. with a prayer service at 7 p.m. Funeral services were held on Friday, November 19 at the Templo Lirio De Los Valles Church at 10 a.m. Interment followed at the Pearsall Catholic Cemetery (West).