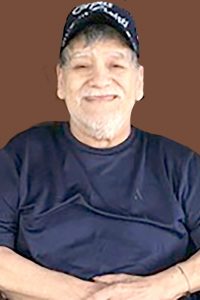 He is preceded in death by his parents, wife Virginia G. Cuevas and sister Andrea Cuevas.

Visitation was held on Wednesday December 1 at Trevino Royal Oaks Funeral Chapels from 8 a.m. to noon where a Rosary was recited at noon. Funeral mass followed at the Immaculate Heart of Mary Catholic Church at 1 p.m. Interment followed at the Catholic Cemetery (West).