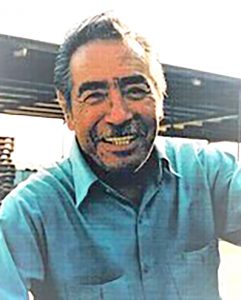 Rodolfo Rodriguez, 89, of Dilley, died on November 20, 2021 in San Antonio. He was born on October 9, 1932 in Dilley to Geronimo Rodriguez and Emeteria Rodriguez.

Visitation was held on Friday, November 26 at Trevino Royal Oaks Funeral Chapels in Dilley from 3 to 9 p.m. where a Rosary was recited at 7 p.m. Funeral mass was held on Saturday, November 27 at St. Joseph’s Catholic Church at 10 a.m. Interment followed at the Dilley Cemetery.

Funeral arrangements were under the direction of Trevino Royal Oaks Funeral Chapels, Dilley.