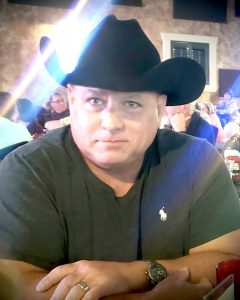 Steven Joseph Harrison, 54, died on Sunday, November 21, 2021 surrounded by his wife and sons. He was born on July 24, 1967 in Marina, California to Leonard and Nancy Harrison.

He is survived by his wife of 22 years, Christina, their son Joseph Scott, his former wife and friend Lana and son Steven, his sister Shelby, brother Stacy, Aunt Marty and several nieces and nephews.

Steve was preceded in death by his mother Nancy, his father Leonard and his uncle Armand.

After calling several cities across the country home due to his father’s position in the United States Marine Corps, his family finally settled in Gardendale. Following his graduation from Dilley High School in 1986 he moved to Uvalde where he attended Southwest Texas Junior College. After college, Steve moved to and settled down in Corpus Christi where he eventually met and married Christina and raised their family.