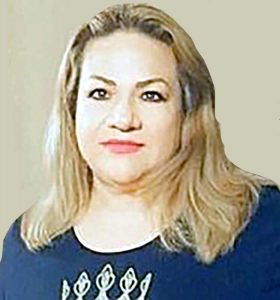 Martha Patricia Medrano, 56, of Pearsall, died on December 27, 2021, in San Antonio. She was born on July 30, 1965, in Piedras Niegras, Mexico to Humberto Galindo and Catalina Larenas Galindo.

She is preceded in death by her parents.

Visitation was held on Monday, January 3 at Trevino Royal Oaks Funeral Chapels from 3 to 9 p.m. where a Rosary was recited at 7 p.m. Funeral mass was held on Tuesday, January 4 at the Immaculate Heart of Mary Catholic Church at 10 a.m. Interment followed at the Pearsall Cemetery.