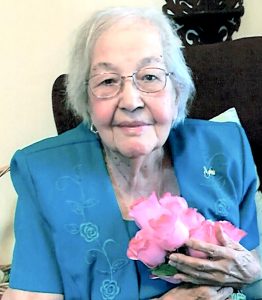 She is preceded in death by her first husband Secundino Samaniego and second husband Pedro Rodriguez, son Alfredo Samaniego, and daughter-in-law Jane Samaniego

Anyone who wishes to sign the online guestbook, share memories, or leave condolences can do so at www. Hurelyfuneralhome.com