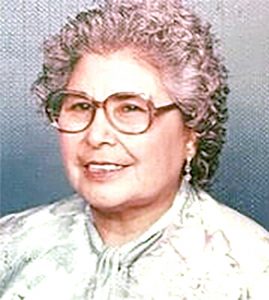 Visitation was held on Wednesday, February 23 at Trevino Royal Oaks Funeral Chapel in Dilley from 3 to 9 p.m. with a Rosary recited at 7 p.m. Funeral mass was held on Thursday, February 24 at St. Joseph’s Catholic Church at 10 a.m. Interment will follow to the Dilley Cemetery.

Funeral arrangements were under the direction of Trevino Royal Oaks Funeral Chapel.