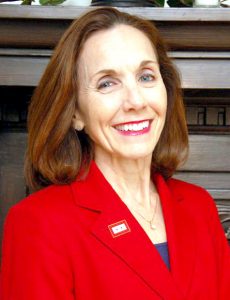 She is preceded in death by her father Vernon Brown and her sisters Joan Stokes and Loretta Brown.

She met her husband of 46 years while in college at Texas A&M University and they married following their graduation. In the early years of their marriage they lived in many of the small towns of the Texas Gulf Coast, with Dianne teaching reading and writing to often poor elementary school students. The couple eventually settled in John’s hometown of San Antonio and they later had three boys.

Among her hobbies, Dianne enjoyed singing while doing dishes, attending all of her boys’ events, worshipping God, classical music, Willie Nelson (to contrast her classical streak), cursing like a sailor while driving, dressing to the nines and fine horses.

When her youngest was in school Dianne returned to work, helping turn John’s small oil and gas firm into a financial success.