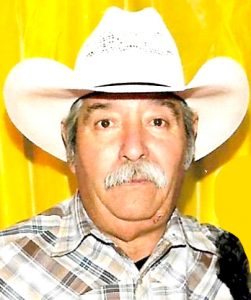 As a newlywed to Virginia Cervantes, Lupe was employed as a farm laborer for the late Gene Proctor. Later in life he pursued a new career with the Frio County Road and Bridge Department. He was responsible for the operation and maintenance of heavy equipment and upkeep of county roads and retired after more than 20 years of service. Lupe enjoyed the mechanical field when it came to his vehicles and work. As a hobby and side job, he enjoyed welding and carpentry.
Visitation was held Sunday, March 6 in the Hurley Funeral Home Chapel from 2 to 9 p.m. with a Rosary recited at 7 p.m. Funeral mass was celebrated at 10 a.m. Monday, March 7 at the St. Joseph’s Catholic Church in Dilley. Interment followed at the Dilley Cemetery.

Anyone wishing to sign the guestbook, share memories, or issue condolences for the family may do so at www.hurleyfuneralhome.com.