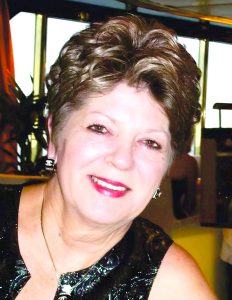 She is preceded in death by her parents and husband Martin Snowden.

She attended Tarleton State University and worked for many years at Cotulla Independent School District, before enjoying her retirement at home in Cotulla.

Gay enjoyed traveling and had a passion for a prank and a good joke, her dogs and a poker game with her husband and four sons.

Visitation was held on Friday, March 4 at Peters Funeral Home from 6 to 8 p.m. Funeral services were held on Saturday, March 5 at 11 a.m. at the First United Methodist Church of Cotulla. Interment followed at the Cotulla West Cemetery.