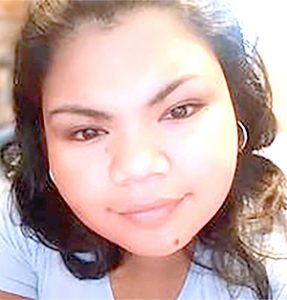 Ana is survived by her children Angelisse Concepcion, Evangeline Galindo, mother, siblings Victoria (Albert), Domingo, Juan (Krystal), Amanda, Justin and Hope (Diego), all of Pearsall. She is also survived by 14 nieces and nephews.

A memorial service was held on Wednesday, April 6 at the Trevino Royal Oaks Funeral Chapels in Pearsall from 3 to 9 p.m. Services concluded at the chapel.