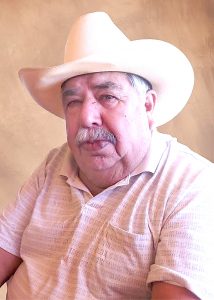 Visitation was held on Friday June 3 at Peter’s Funeral Home in Cotulla from 5 to 9 p.m. with a Rosary at 7 p.m. Funeral mass was held at the Sacred Heart Catholic Church in Cotulla at 11 a.m. on Saturday, June 4. Interment followed at the Cotulla East Cemetery.