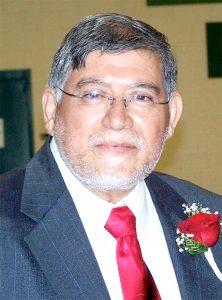 He is preceded in death by his parents, wife Orfalinda Aleman and his older brother Pedro Aleman Jr.

Aleman graduated from Georgetown High School in 1962, where he was in the top ten of his class, president of the school band and choir, and an accomplished athlete. After high school, Dan stayed in Georgetown and attended Southwestern University, where he graduated with a Bachelor of Music Education degree in 1966.

Aleman returned to Texas in 1973, and reconnected with his childhood friend, Orfie, and by June of that year, the couple had married. Two days after the wedding, they moved to Pearsall where Dan had been offered the head band director job.

Aleman would serve as Pearsall Band Director for 35 years where his bands consistently earned superior ratings at UIL concert and marching contests. In 1982, after less than a decade as head of the program, his band was recognized as the 3A Honor Band by the Texas Bandmasters Association (TBA), an award given to the very best concert band in the state. That same year, the Pearsall marching band placed second at the UIL State Marching Contest. Iin 1983, Aleman’s band was also selected as the 3A Honor Band by the Texas Music Educators’ Association (TMEA).

In 1987, his band won the UIL State Marching Contest, placing as the best 3A marching band in Texas. He came close to winning it again on numerous occasions, as his bands made it to the state marching finals and placed in the top five in the state ten more times. His concert bands achieved similar success and accolades over the years.

In 2000, the Pearsall ISD school board named its new band hall in honor of Aleman and his younger brother (and long-time assistant) Edward.

He served in many band leadership positions, including the State UIL Advisory Board (on which he served for 20 years), the State Panel for TMEA Honor Band, and as a Regional Coordinator and All-State Concert Band Organizer for the Association of Texas Small School Bands. He was also a frequent judge of marching and concert contests across the state.  In 2013, in recognition of his many career achievements, Aleman was inducted as the 250th member of the Texas Bandmasters Association Hall of Fame.

Services will be held on Wednesday, June 29 at 7 p.m. at the Immaculate Heart of Mary Catholic Church in Pearsall. A memorial service will be held at 10 a.m. on Thursday, June 30 at the First United Methodist Church in Pearsall. A second memorial service will be held in his hometown of Georgetown at 10 a.m. on Friday, July 1 at St. John’s United Methodist Church. Burial will follow at Georgetown Memorial Cemetery next to his wife of 38 years, Orfalinda.

In lieu of flowers, the family requests making donations to a forthcoming memorial/scholarship fund for band students in need. 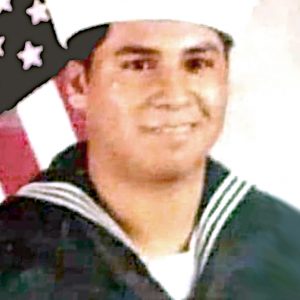