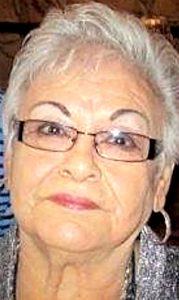 Graciela Ramirez, 79, of Pearsall, died in San Antonio on July 12, 2022 surrounded by family. She was born on August 16, 1942 in Sabinas Hidalgo, Mexico to Julio Rodriguez Ramirez and Benita Garza Montemayor Ramirez.

She was preceded in death by her parents, her son Jesus Daniel Obregon, her brother Abelino Ramirez, and her sisters Elida R. Chapa and Ana Maria Ramirez.

Anyone wishing to offer a word of condolences to the family or sign the guest book can do so by visiting www.hurleyfuneralhome.com.