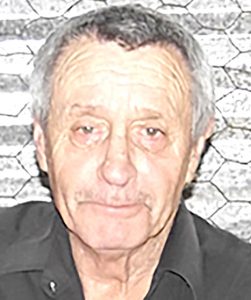 He is preceded in death by his parents and brother Earl W. Collins.

Benjamin served in the US Army from 1967-1972 where he was stationed in Vietnam. Upon his departure from the military he became a long-distance truck driver until his retirement. He enjoyed time with family and friends and enjoyed Menudo and had a passion for fishing and hunting.

Pallbearers included Robert Maldonado, Manuel Hernandez, and Johnny Maldonado. Visitation was held on Monday, August 8 at Trevino Royal Oaks Funeral Chapels from 3 to 9 p.m. with a Rosary recited at 7 p.m. Funeral mass was celebrated on Tuesday, August 9 at the Immaculate Heart of Mary Catholic Church at 10 a.m. Interment followed at the VFW Cemetery.