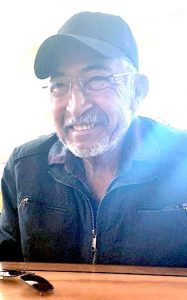 He was a cattle hauler for 40 plus years and attended Sacred Heart Catholic Church. Gilbert enjoyed being outdoors with family and friends, barbecuing and fishing.

Memorial services were held on Wednesday, August 10 at Peters Funeral Home from 9 a.m. to noon. Inurnment will follow at the Cristo Rey Cemetery.