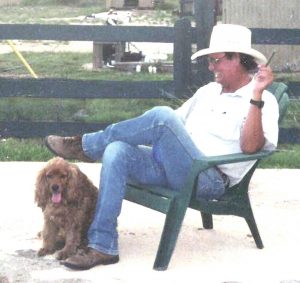 He is preceded in death by his parents and his brothers Jud and Freddy.

Jim was born and raised on The Hillje Ranch, 20 miles southeast of Cotulla. He was the youngest of six and learned to rope, ride, brand, hunt, and garden alongside his dad and brothers.

Jim began his career in 1969 with the Texas Parks and Wildlife Department from which he retired in 2001. He continued his passion for nature and wildlife by managing many ranches in La Salle County and surrounding counties.

He enjoyed spending time with family and friends, but especially watching his grandchildren grow and mature. A natural handyman, he had the ability to fix anything with some baling wire and duct tape.

The family will be receiving guests at 10:30 a.m. A Celebration of Life will follow on August 13 at the Alexander Convention Center in Cotulla at 11 a.m.